 5.0/5
Based on 7 Reviews
Previous
Next
Ask a Question
Schedule Tour

Activcare At Mission Bay is located 6.9 miles from San Diego, a medium sized city with a population of 1,394,928. Other nearby cities and towns include Coronado, National City, La Mesa and Lemon Grove. The community is in a middle class neighborhood where the average income is $80,467, 43% of the country has a higher median income.

This community provides Assisted Living, Memory Care and Respite Care and has Studio apartments available. Studio apartments start at an estimated $2,310 a month, while the average cost of Assisted Living is $2,339 in San Diego, $3,516 in CA, and $3,545 in the United States. These prices are estimated. Activcare At Mission Bay is a member of a larger group of communities called ActivCare Living. Activcare At Mission Bay is ranked 3 out of 51 communities in San Diego and is ranked 153 out of 2668 communities in CA.

Healthcare Near Activcare At Mission Bay

Activcare At Mission Bay is close to a wide range of health providers including hospitals, pharmacies and dentists. The closest hospital is San Diego County Psychiatric Hospital which is 3.5 miles away, but there are also other hospitals in the area including Sharp Memorial Hospital, and Sharp Mesa Vista Hospital. Pharmacies close by are CVS Pharmacy which is 0.7 miles away, Rite Aid, and Rite Aid Pharmacy. Have to go to the dentist? Options include Town Square Family Dentistry which is 2.4 miles away, Robert J. Bey DDS, and Clairemont Smiles.

Activcare At Mission Bay is also close to a range of restaurants, culture, shopping and parks. Looking to go out to eat or order takeout? Order Japanese at Wasabi Sushi, Vietnamese at Cali Bánh Mì or Thai at Thai Basil. Love the arts? Head on over to Mission Bay Theater, Cirque de Neon, or Sea Lions LIVE. Enjoy shopping? Spend some time at Scandia Plaza, Grosvernor Square, or Midway Garden Plaza. Looking for a park to relax at? Enjoy the outdoors at San Diego, Mission Bay Athletic Area, or Pacific Beach.

Weather in the area consists of an average of 67 days of rain and 297 days of sun and the total precipitation is around 0.6 inches a year. The region reaches a high of 76°F in the summer and 60°F in the winter, with an average temp of 67.7°F throughout the year. The average humidity is 65.0%, with max winds averaging around 9.6 mph.

This community is licensed by the state of CA. It is a large-sized community with 60 total beds.

Submit a Review
General Staff Rating
4 Total Reviews
Care Staff Rating
5 Total Reviews
Cleanliness Rating
3 Total Reviews
Food Rating
1 Total Reviews
Activities and Services Rating
1 Total Reviews
Brittany W.
5.0
2020-12-14
ActivCare Mission bay is a must see if you are considering residential care for yourself or a loved one. The facility is in a lovely area, is clean and well staffed. The environment is warm and comforting as if you are visiting a family member in their own home. Jeremy and the entire staff are kind and closely engaged with the residents and their families. They have a dedicated team who accommodate not only the residents needs but their wants and wishes too!
Tetyana N.
5.0
2020-01-24
I was a nursing student and volunteered there. Active Care at Mission Bay has great stuff, wonderful caregivers, experiences nurses. The place is clean every day, all residents look well taken care of, the atmosphere is calming and professional. Highly recommend this facility.
Martha A.
5.0
2018-11-12
I wish I could give ActivCare at Mission Bay more than five stars.  They have a truly wonderful and dedicated team of caregivers, who seemed to share a vocation for being the kindest and most loving caregivers possible.   They also seem to have very little turnover which says a lot for the management and their hiring choices.  There is a high ratio of caregivers to residents so each resident is well known to the staff and gets a lot of attention.My husband was at ActivCare for most of the last year of his life.  I visited him there every day and so got to know many of the staff and saw first hand the way they treated the residents.  I recommend ActivCare wholeheartedly and with much gratitude.  They made Lew’s final time on earth worth living.
Mary P.
5.0
2017-07-20
I did a lot of searching for a facility for my mother.  She has been at Activcare now for 3 months and the staff and nurses have been wonderful.  They help her with what ever she needs.  She can call with the help of staff and this has helped her panic when she doesn’t know what is going on.. she has memory issues.  Every person have been kind helpful and more than willing to make you happy.  It is clean and well kept and they give free cookies.. food is good too 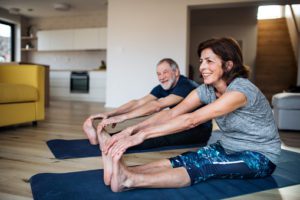 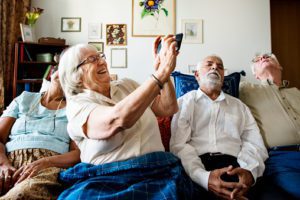