A Holly Patterson Extended Care Facility is located 0.5 miles from Uniondale, a small town with a population of 24,759. Other nearby cities and towns include North Merrick, East Meadow, Roosevelt and Hempstead. The community is in a middle class neighborhood where the average income is $79,872, 43% of the country has a higher median income.

This community provides Nursing Home Care and has Studio apartments available. Studio apartments start at an estimated $9,023 a month, while the average cost of Nursing Home Care is $9,004 in Uniondale, $8,306 in NY, and $7,090 in the United States. These prices are estimated. A Holly Patterson Extended Care Facility is ranked 2 out of 2 communities in Uniondale and is ranked 884 out of 930 communities in NY.

A Holly Patterson Extended Care Facility is close to a wide range of health providers including hospitals, pharmacies and dentists. The closest hospital is Nassau University Medical Center which is 2.2 miles away, but there are also other hospitals in the area including Mercy Medical Center, and Rite Options. Pharmacies close by are Best Choice Pharmacy which is 1.8 miles away, Walgreens, and Hempstead Pharmacy. Have to go to the dentist? Options include Dental Office which is 1.8 miles away, Oasis Dental, and National Dental.

A Holly Patterson Extended Care Facility is also close to a range of restaurants, culture, shopping and parks. Looking to go out to eat or order takeout? Order Chinese at Ting Ho Kitchen, Italian at Pantano’s or Asian at Grain House. Love the arts? Head on over to Adams Playhouse, Spiegal Theater, or Harry Chapin Lakeside Theatre. Enjoy shopping? Spend some time at Baldwin Shopping Center, Roosevelt Field Mall, or Mall at The Source. Looking for a park to relax at? Enjoy the outdoors at Cedar Street Park, Uniondale Park, or Reverend Arthur Mackey Park.

Weather in the area consists of an average of 127 days of rain, 26 days of snow and 210 days of sun and the total precipitation is around 1.1 inches a year. The region reaches a high of 78°F in the summer and 36°F in the winter, with an average temp of 56.3°F throughout the year. The average humidity is 69.9%, with max winds averaging around 15.6 mph.

Submit a Review
General Staff Rating
9 Total Reviews
Care Staff Rating
12 Total Reviews
Cleanliness Rating
2 Total Reviews
Food Rating
5 Total Reviews
Activities and Services Rating
2 Total Reviews
Robert G.
2.0
2021-10-11
The food is terrible.No menu to choose. Good nursing staff, however nurses aids are the worst.
Sungmi Y.
5.0
2019-09-22
My mom stayed here for rehab and loved this facility so much . All the staffs and nurses are always helpful and nice to residents. They also provides the best physical and occupational therapy everyday in Long Island . I do not understand why they have only one star . My mom went other rehabs  previously . Other rehabs were horrible even they were located in nice neighborhoods .i especially recommend this place to Korean people because they also serve korean foods and korean nurses are there to communicate with korean elders.
P O.
1.0
2017-07-25
This place is a horror and should be shut down.  I feel like they are scamming people just to get medicare money.  The food sucks, they wont let residences go outside and they stopped giving my sister services saying she didnt need anymore which is BS.  So not, I repeat DO NOT let your loved one go there.  Its a nightmare!
Carole S.
1.0
2016-01-03
I do not have words to adequately express how bad this place is. We were bamboozled by the hospital into accepting placement here on a Friday afternoon, not given time to visit or research this “renovated facility” before the weekend. (Had we not accepted placement, my brother would have been stuck in the hospital for a long holiday weekend, so we decided to give it a try.)  Think “One Flew Over the Cuckoo’s Nest”, and you’ll have a good picture in your mind. The place is giant, empty, dirty, super old, and a bit scary. Care is poor, food is inedible- my brother lost an enormous amount of weight there, despite us trying to sneak in other food- and I can’t imagine anything “renovated” about the place.One of my brother’s roommates became comatose during his stay, and none of the staff members could answer his family’s questions as to what occurred- they hadn’t even been aware of the situation!It is run more like a jail than a care facility. Once you are there, you can’t leave, or you will be doing so against doctor’s orders and you won’t get into another rehab facility.I CANNOT BELIEVE that the medicare website gives this place a good rating. I wonder if the people who evaluate these things would send their loved ones here? Please DO NOT send anyone who you care about to this place!! 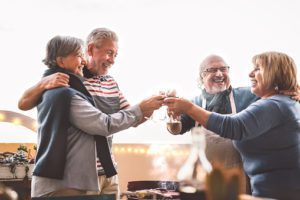 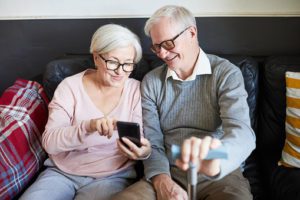 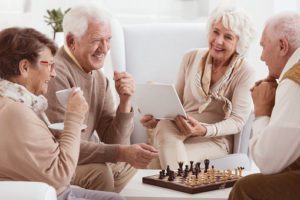