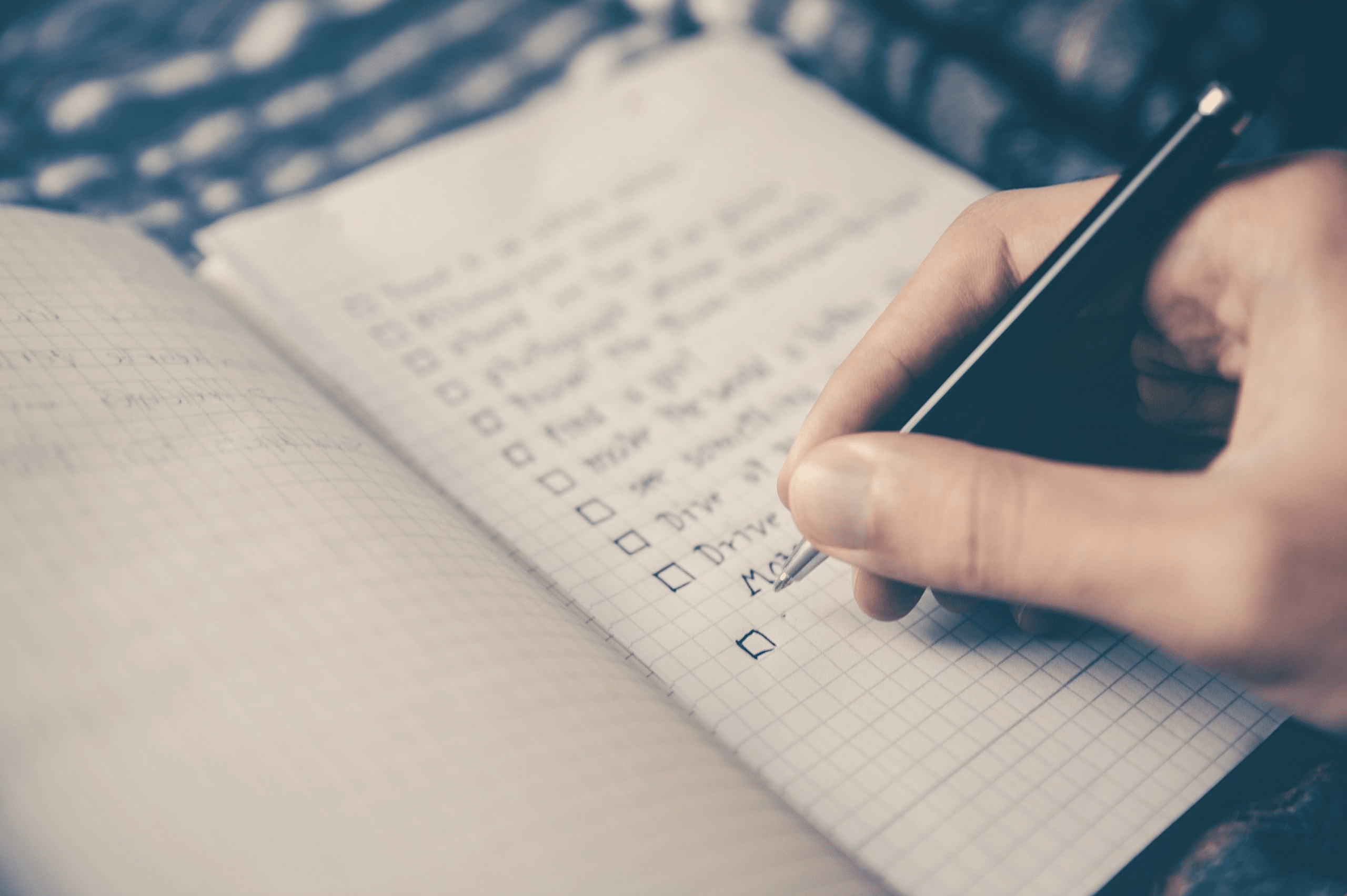 No one wants to believe they or their loved one could be suffering from dementia, but with about 5.8 million people (5.6 million over the age of 65) diagnosed with some form of dementia in the U.S., it’s a condition we have to admit can impact us or those close to us. A dementia diagnosis is a profoundly life-changing event that can lead to other conditions like depression in both patients and caregivers. For this reason, it’s vital to have an early signs of dementia checklist to ensure any abnormalities are caught and treated as early as possible. While an early signs of dementia checklist doesn’t mean you or a loved one absolutely has dementia, it does provide guidelines on when to seek a professional assessment.

What is Dementia Anyway?

When we hear the word “dementia,” a forgetful older person usually leaps to mind. But as an early signs of dementia checklist illustrates, dementia is more than just becoming a little forgetful. Dementia is not a normal part of aging, so if you’re just forgetting where you put your keys every once in a while or struggling to remember the name of an acquaintance for a few minutes, you don’t necessarily have dementia. These are age-related memory changes that occur naturally as we get older and our organs, including our brain, start to decline a bit.

True dementia isn’t actually a specific disease, but instead is a general term that describes an inability to think, remember, or make decisions. These symptoms interfere with the patient’s daily living and can cause dangerous situations where the person doesn’t know where they are or how they got there. The most common type of dementia is Alzheimer’s disease, but there are other forms of dementia that don’t get as much attention, including Lewy body dementia, fronto-temporal dementia, vascular dementia, mixed dementia, and reversible cause dementia.

All forms of dementia include symptoms like memory loss, attention difficulties, communication problems, reasoning/judgment/problem solving issues, and visual perception changes that are more severe than typical age-related vision loss. The various types of dementia have disparate symptoms as well that range from movement and balance problems with Lewy body dementia to changes in personality and behavior with fronto-temporal dementia.

As you might suspect, memory problems are one of the earliest signs of dementia, but as mentioned above, not all memory issues are related to dementia. Everyone has trouble remembering a word now and then or struggles to remember what they did last week, especially if every day is similar. But, if you or your loved one is unable to remember what day it is or their address, their memory loss is not normal. Other alarming forgetfulness includes asking the same questions over and over again, mixing up words (like calling a table a bed, for instance), taking a longer than normal time to complete routine tasks, getting lost while in a familiar area, or misplacing items in inappropriate places (like putting their eyeglasses in the refrigerator).

If you’re not sure if your loved one’s memory loss is normal, consult a physician for an assessment, especially if their memory has significantly changed for the worse in a fairly short period of time. Memory loss is usually not the very first symptom of dementia, even though it can be an early one and the earlier a person is assessed and diagnosed, the better.

Along with memory problems, early dementia can manifest as confusion. A person might forget the way home from a place they’ve walked home from for years or they might realize that what they said didn’t make sense, but they don’t understand how to fix it. They might also become confused about what year it is or who they’re with because older memories are usually still intact and they surface when someone is trying to remember where they are and what they’re doing in the present.

This sign is particularly noticeable in people who have early fronto-temporal dementia which affects the part of their brain that controls their personality and behavior. You might notice your normally docile and friendly loved one becoming irritable and aggressive. Some people become less inhibitive and could participate in risky behaviors that they normally wouldn’t even entertain. Over-sexualization is one of the more noticeable behavior changes that is symptomatic of fronto-temporal dementia.

Number four on our early signs of dementia checklist is depression and withdrawal. People in the very early stages of dementia are still lucid enough to know that something is wrong, but they either don’t want to call attention to it or they’re scared of it. As a result, they can become depressed and withdrawn. They might stop going out or even doing regular activities like grocery shopping because they are afraid they might become confused or disoriented. If they’re embarrassed about their memory loss and other symptoms, they may refuse to see friends or participate in activities that they used to find enjoyable.

Sign #5 – Inability to Perform or Difficulties with Everyday Tasks

As brain cells die or become damaged through dementia, one of the first skills to be impacted is the ability to think abstractly. As a result, you might notice your loved one no longer able to balance their checkbook or pay bills. Their organizational skills may decline and even if they were a safe driver in the past, they may have trouble judging distances or have other spatial awareness issues (i.e. they might think their car can fit through a gap in traffic, but in reality the space is too small).

There’s a reason why con artists target older people. Many of them have difficulties with judging whether a situation is real or not, which can lead to them putting themselves in dangerous situations. They start to believe what others tell them because they lose the ability to judge their words objectively.

Conmen are extremely savvy when it comes to knowing what to say to older people to get them to part with their money or do things that they normally wouldn’t do. If you notice your loved one giving personal information to strangers or their bank account is dwindling faster than it should, this is an indication that their judgement might be imparied.

Over time, language and communication skills are impacted by most forms of dementia, but in the early stages, language difficulties are a symptom of frontal-temporal dementia in particular. A person may suddenly start speaking gibberish or come out with a string of unrelated words, known informally as “word soup.” In many cases, the person who is speaking like this knows they aren’t saying the right words, but their brain can’t override the wrong ones. Everyone stumbles over their words once in a while, but if it becomes commonplace or if your loved one often speaks in “word soup,” a medical assessment is the next step.

Paranoia can set in with people who are suffering from memory loss. They may think that other people are taking their belongings even though they’ve just misplaced them. They might think that people who were once familiar are actually strangers who are trying to take advantage of them. If they come confused, they might think you’re trying to trick them into believing something that isn’t true, even if it is. Paranoia is a defense mechanism when people don’t understand what’s happening to them or around them. So, if your loved one is exhibiting new paranoia related to their memory or confusion issues, this is an indication that their brain isn’t functioning properly.

Planning and organization become increasingly challenging for people with dementia. If your normally neat and tidy loved one suddenly becomes disorganized and slovenly, there might be a medical reason behind the sudden change. The task of organizing their belongings or planning dinner may be overwhelming for them, especially if they’re having trouble remembering where to put things or in what order to prepare a meal. The inability to keep things in order may also be a symptom of depression as well, so it’s important to have this sign checked out by a doctor to confirm the cause.

Even though body movements are embedded in long-term memory and most people with dementia will be able to walk and move even as their disease progresses, an early indication of Dewy body dementia is coordination problems, such as losing balance or tripping over imaginary objects (a sign that their distance judgment or spatial awareness is off). They might also have limb stiffness and trembling at increasing intervals.

While consulting this early signs of dementia checklist, you should also be aware of risk factors that increase your or your loved one’s risk of getting dementia. That way, if you know you’re already predisposed to developing it, you can proactively ward it off. The main risk factors for developing dementia are the following.

There are also some possible risk factors that may lead to a higher possibility of developing dementia, but the research is not yet settled. These factors include the following.

So, what do you do if this early signs of dementia checklist indicates you may be in the initial stages of dementia? First, don’t panic. While there is no way to fully prevent dementia, by getting an early diagnosis, you can take advantage of the many available treatments that work to stave off progression. Second, see a doctor. This early signs of dementia checklist is by no means an official diagnosis. It’s just an awareness piece that can help you determine if you need further medical assessment. Third, start practicing the following good habits that can keep your brain as healthy as possible.

Again, this early signs of dementia checklist is only meant to help you detect possible first symptoms of dementia. It is not meant to diagnose your condition or to cause you to panic if you notice one or more of these signs. But, these early warnings could lead to early dementia detection and diagnosis which is critical for treatment. Even though you can’t reverse the dementia you may already be experiencing, you can slow its progression, which can help you lead a long and happy life despite a dementia diagnosis. 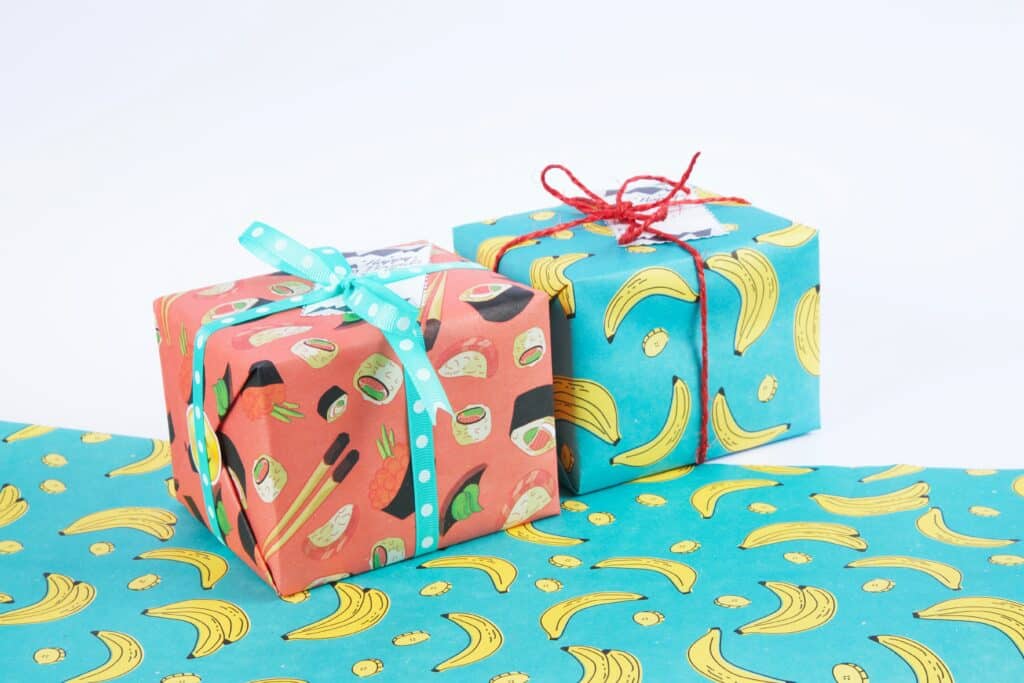 65 Going Away Gift Ideas For Friends and Family

When a loved one, neighbor, coworker or friend is moving away, it can be tough to find the right going away gift. You want something that is meaningful and shows how much you care, but you also don’t want to spend a fortune. That’s why we have put together this list of 65 unique going …

65 Going Away Gift Ideas For Friends and Family Read More » 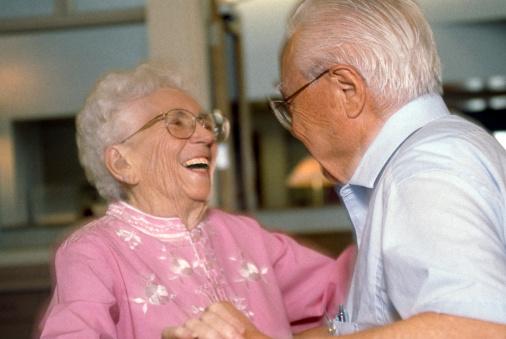 When someone we care about is feeling under the weather, the last thing we want to do is make them feel worse. That’s why it’s important to know a variety of ways to say “I hope you feel better.” In this blog post, we will explore 100 different ways that you can show your loved … 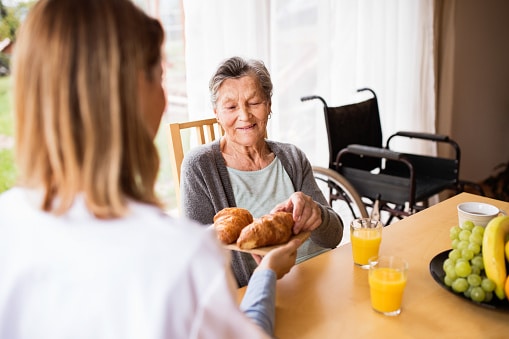 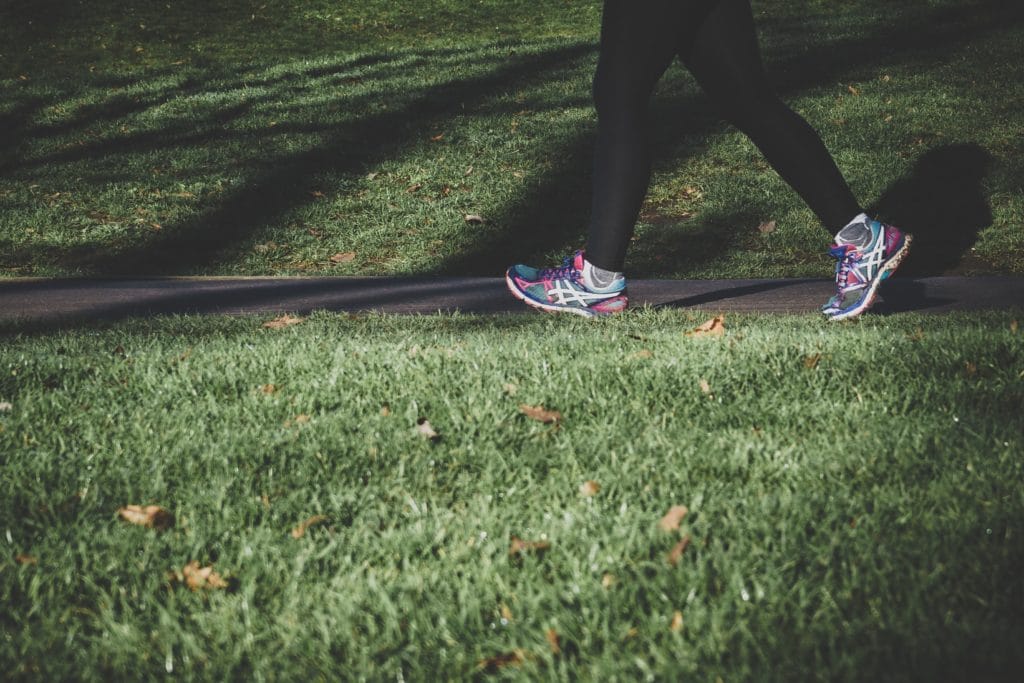 Hip Arthritis: What It Is and Which Exercises Can Help

Arthritis is a common condition that affects various parts of people’s bodies. A specific form of this condition, hip osteoarthritis, affects about 1 out of 4 people throughout their lives, although there are several other forms that can occur. If you’re a senior living with hip arthritis (or if you’re caring for one), it’s especially …

Hip Arthritis: What It Is and Which Exercises Can Help Read More » 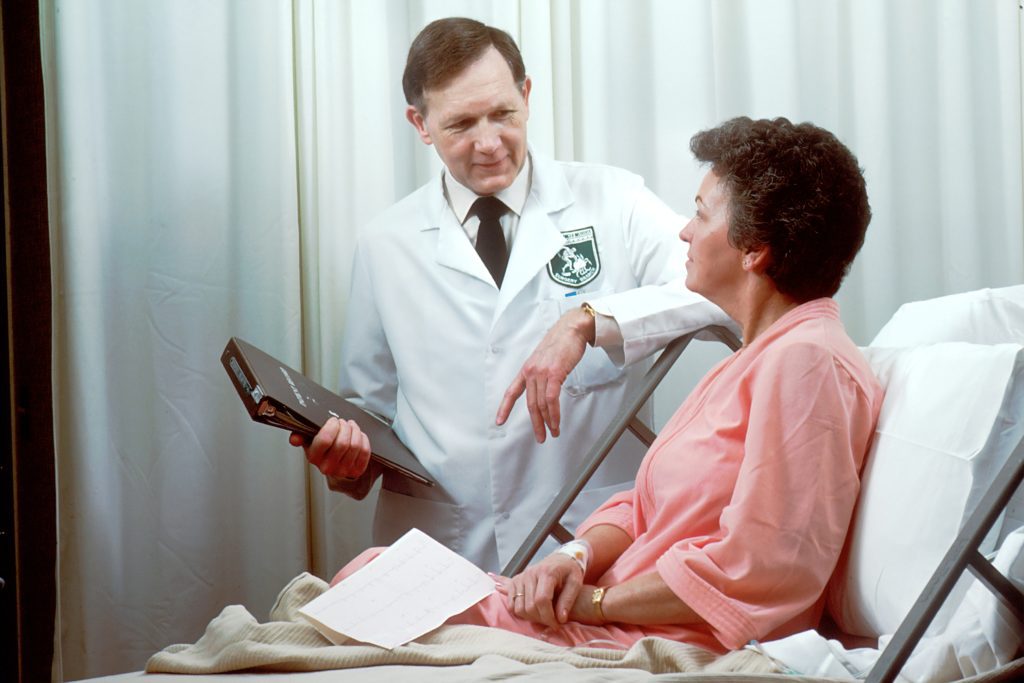 How Long Does the Average Hospice Patient Live?

What Hospice Means Hospice is a medical program that supports people who are in the end-of-life stage. When a person enrolls in hospice, it means they are no longer pursuing treatment to extend their life expectancy. Instead, the focus of hospice care is to provide a comprehensive support system that makes a person’s final days …

How Long Does the Average Hospice Patient Live? Read More » 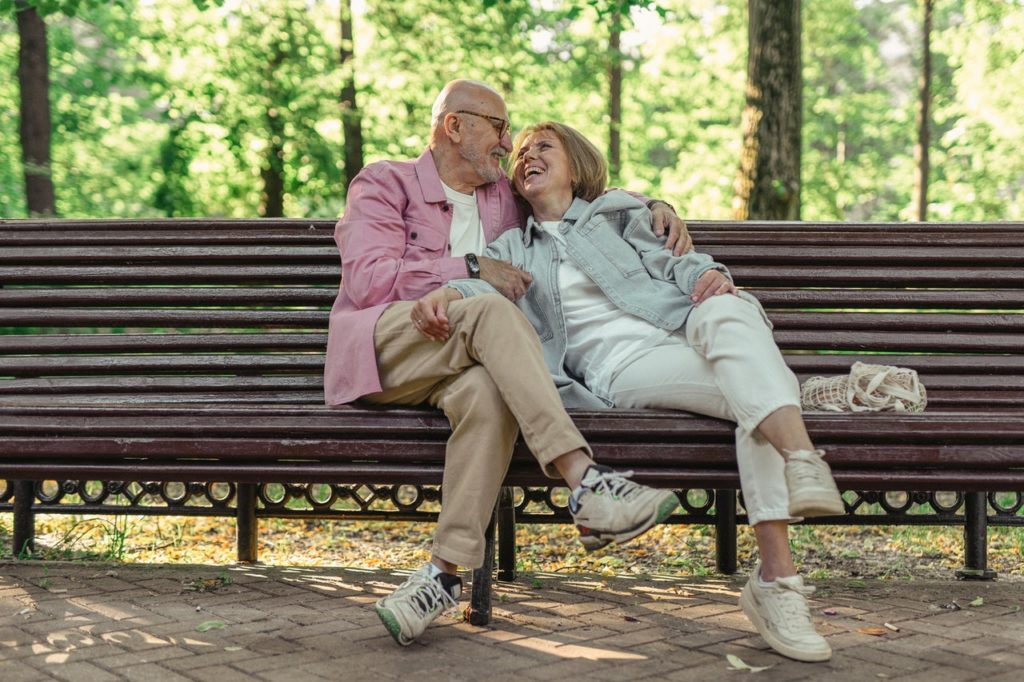 Swollen legs, ankles and feet are a common complaint for aging adults. Learn about the common causes of edema, as well as tips for managing it better.