Home > Blog > Caregiving > Intestate Succession—Dying Without a Will

Intestate Succession—Dying Without a Will

This article has been reviewed by a practicing attorney in 2020

This content is not intended to be a substitute for professional legal advice. Always seek the advice of an attorney or another qualified legal professional with any questions you may have regarding your situation.

Death can be an uncomfortable topic.  It is one many people dislike thinking or talking about.  Perhaps, in part for this reason, people often die without having any type of estate plan in place.  Dying without a document directing how your estate will be divided upon your death, for example a will, a trust, or a death deed, is called dying “intestate.” Importantly, when you die intestate, a court decides how to divide your estate, not you.

As a general matter, when you die intestate, a lawsuit is filed on your estate’s behalf, and your estate is distributed in court via probate.  “Probate” is the legal process for settling an estate, whether a person dies intestate or with a will.  As the person who died, you are named the “decedent” in the lawsuit.

Where is the Lawsuit Filed and What State Law Applies?

The first issue concerning litigating a decedent’s estate is determining in which state the lawsuit is filed.  The decedent’s estate will generally be distributed in accordance with the laws of that state.  This is important to understand because intestacy laws differ from state to state.  Typically, the probate suit will be filed in the state in which the decedent was domiciled upon his or her death.  A “domicile” is a person’s permanent legal home.  It is the location in which a person intended to dwell permanently, as indicated by his or her actions.

It is important to note that laws of other states may also apply to the decedent’s estate if he or she owned real property in a state other than his or her domicile.  Real property” refers to any fixture above the land, most commonly, a house, and anything below the land, such as minerals.  A decedent’s real property is generally distributed in accordance with the laws of the state in which the real property is located.

Who qualifies as a decedent’s heir depends on state law, which can vary dramatically.  The idea behind intestacy laws is that a person’s estate is distributed in the manner in which he or she would have likely distributed their estate via a will.  If the court is unable to locate an heir for a decedent, or if the decedent has no heirs, the property “escheats” to the state, meaning the property reverts to the state.

As a general matter, a surviving spouse is usually the first to inherit under intestate succession.  However, the amount, and the way the surviving spouse’s portion is divided, depends on if the decedent has at least one child and state law.  After the surviving spouse takes his or her portion of the estate, generally, any children of the decedent (and their descendants) follow in line. For simplicity, the examples in this article assume a decedent died without a surviving spouse and with descendants (children, grandchildren, etc.).  But note that, even when a person dies unmarried and without descendants, his or her estate still passes to family, generally in the following order: parents, siblings, nieces or nephews, grandparents, aunts or uncles, and so on.  Also note that state law varies concerning half-siblings and non-marital children.

As discussed, above, state intestacy laws vary.  Please note that this area of the law is quite complicated.  If you have questions about the intestacy laws in your state, it is vital that you contact a local estate planning attorney to help you better understand how your estate would be distributed upon your death.

Take the following family as an example:

Ex .1: If Charlie is survived by Chuck, Nancy, and Bill, each of his children receive a 1/3 share of his estate.

Modern per stirpes (also called per capita with representation) attempts to rectify the inequity discussed in example # 3 above.  Under this modern approach, the first division of the decedent’s estate occurs at the generation closest to the decedent with surviving heirs.  However, each subsequent heir to the first generation with surviving heirs continues to inherit from his or her respective “branch” of the family.

Per Capita by Generation

Taking example # 2 from classic per stirpes, if Chuck and Bill predecease Charlie, Nancy, as the surviving heir closest to Charlie, receives 1/3 of Charlie’s estate.  The remaining 2/3 of Charlie’s estate is distributed equally among Chuck and Bill’s four children.  So, Sam, Eva, Caroline, and Mary each receive 1/6 of Charlie’s estate.  Because Laura and Meg’s mother took under this scenario, they receive nothing.  Note that Sam, Eva, and Mary’s shares are different from what they would have received under the classic per stirpes distribution: Sam, Eva, and Caroline receive more, while Mary receives less.

As you can surmise from the discussion above, intestate succession laws vary and are quite complicated.  If you have questions concerning what would happen to your estate if you died intestate, it is important that you seek the advice of an estate planning attorney in your area.  Further, if after reading this article you determine you want to prepare a will, we encourage you to contact an estate planning attorney in your area to help you develop the best comprehensive plan for your specific estate. 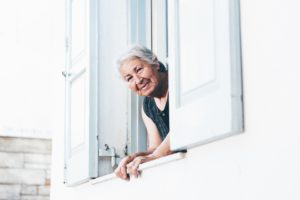 This article has been medically reviewed by Dr. Martin Duggan in 2021 Note: This article is intended to be for informational purposes only. If you 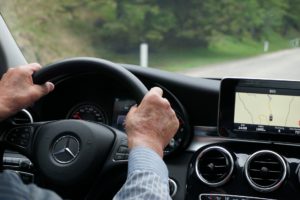 When should seniors stop driving?

If you’re concerned about a senior behind the wheel, it may be time for him/her to stop driving. Of course, not all seniors have trouble 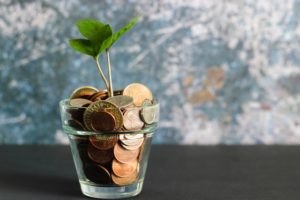 How To Protect Your Money From Medicaid

Medicaid is a federal and state program that can provide financial aid that helps with healthcare costs. Often, Medicaid can cover expenses that a Medicare